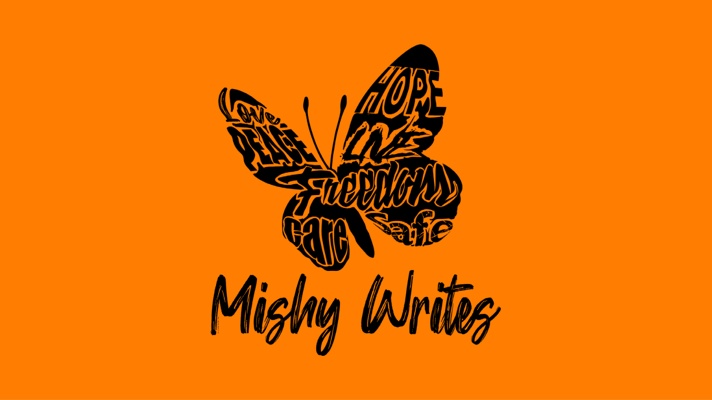 Y’all, this blog post put me through the ringer, I won’t even lie to you. I started over-thinking it, had to make a draft, then a couple of drafts because I was afraid that what I might say might not make sense, or it might be repetitive, or just poorly written.

But I’m here, and here it is. I can’t sit here and try to perfect it, I’m just gonna say whatever is on my heart, and pray that the Lord moves in whatever ways you heart needs.

There are so many weapons in the world, and there is nothing that is more powerful than the weapon every single one of us possesses, whether we can speak with our tongues, our texts, or our hands in sign language…

I obviously don’t think all words are weapons because I use them often to encourage or motivate. But every day, we choose to use our words in some type of way, whether positively or negatively. If used negatively, it can cause someone’s feelings to get hurt, or the perception of a particular person to change for the worse.

It can be difficult sometimes though; too many times we find ourselves listening or engaging in negative self-talk, or gossip, and the words come flying out of our mouths (or the thoughts just start blaring in our minds) before we even have the chance to think about what we just said or thought. This goes for me too; even though I’m hella encouraging on social media, I’m human, y’all…I get frustrated or irritated and say things without thinking, and I can get down on myself sometimes, and entertain self-sabotaging thoughts.

How can we use our words less as weapons against ourselves and others, and more as equipment for encouragement? (Yes, I just made that phrase up)

I took several different polls on my Instagram story to see what other people had to say about positive/negative self-talk, gossiping, and thinking before speaking. Let’s look at the votes, and I’ll write some of my thoughts…

We all know the phrase “Think before you speak.” And maybe it’s true that most of us do a better job of thinking before speaking out loud.

But what about when we do talk to someone else about a situation or a certain person? Do we think about how discussing it with someone will affect things moving forward? Do we think how it might make someone feel? I’ll discuss talking about something/someone later when we get to the gossip part of this post, but this is a part of thinking before speaking. It’s not just about what you’re saying, it’s about how what you say will influence things later on.

Do we also think about the context of a situation, or take into consideration what someone may be going through behind closed doors before we speak? Or do we just think about our own side of the story, our own perspective and say “we thought about what we were going to say before we said it”?

And what about when we “speak” on the Internet? On social media when we’re commenting, or even when we’re doing a live video? Do we think about what we’re about to say, or do we say it unhindered because we feel safe behind our phone screens?

“Are the words you speak (out loud and to yourself) daily more positive or negative?”
65% – Positive
35% – Negative

I love to see it! With self-love, self-care, affirmations, and intentions all being major discussion topics these days, the answer to this poll doesn’t surprise me. Also, most people speak kindly to people they encounter, whether they know them or not, to present themselves as a kind person, a person others can feel safe around.

One of the girls who voted messaged me this insight:

“It’s more so just the positive ones are LOUDER.. I think it’s pretty 50/50 but it’s about the ones I choose to listen to in the moment.”

And I think that’s a great way to put it. There is always the potential to have negative thoughts, but we have the power to choose whether they are the main things we think about, or the things we put to the side. Each day brings about different thoughts, both positive and negative, and it’s up to us to consciously choose the more positive.

“When you talk about someone, are you more excited to talk about them in a positive light, or a negative light?”
96% – Positive
4% – Negative

Yes! This is the attitude we need to have when discussing others. I do think that there are still moments when we can talk about others negatively (this also feeds into the gossip part), whether it be about something they said or something they did. And maybe it’s not so much in an excited way, but in a “I need to get this out” way.

And then I think…maybe some of us are more excited to hear about someone negatively than we are to talk about them.

Can I be honest with you? Part of me was a little skeptical about how people answered this. Why? Because there’s this little thing we like to call “tea” in our society today, and maybe it’s just a social media thing, or maybe it’s just something that’s consistently in my life as of right now, but people love to spill and drink the tea when it comes to a situation that happened, or when it comes to someone specific.

I mean, just recently my boyfriend told me how a Facebook group was created to out other people’s business in regard to who was talking to who (even if they were in a relationship or not), and many people in my city were talking about it (or at least the ones that are in my social media circles). I wasn’t added to the group (thankfully), but this is an example of why I’m skeptical when people say, “Ehh, I don’t gossip often.” I personally feel like we all do it, and we don’t realize it.

Now, you may be very aware of when you do/don’t talk about someone, and that is great! I’m not sitting here trying to accuse everyone who voted that they’re lying. But I do want us all to be able to be more mindful about when we gossip, who we gossip with, and why.

I know the definition of gossip is mostly to discuss someone based on rumors and such, but I feel like we even cross the fine line between venting about someone/a situation to seek advice, and bad-mouthing them. We may think we’re just venting, but then we end up saying things about the person/situation that are negative and maybe based on things we’ve only seen through social media or what other people have told us. This is definitely something I need to work on, I will admit.

My boyfriend has to remind me sometimes that if what I’m telling him has nothing to do with me, then I shouldn’t be concerned about it, or talking about. And now, I catch myself in the middle saying something sometimes and am like, “Why am I even talking about this? It doesn’t affect anything I’ve got going on. I just need to let it go.”

Overall, I hope the questions I posed plus this post made you think about the words you say in the future. I know that I post motivating/encouraging words on my social media and on this blog all the time, but behind closed doors my words might seem hypocritical to some who only know that social media side of me, and I don’t want it to be like that. I pray that every word I not only write, but also speak is an encouraging one, one of peace and one that will break the norms of what society has taught us to do.