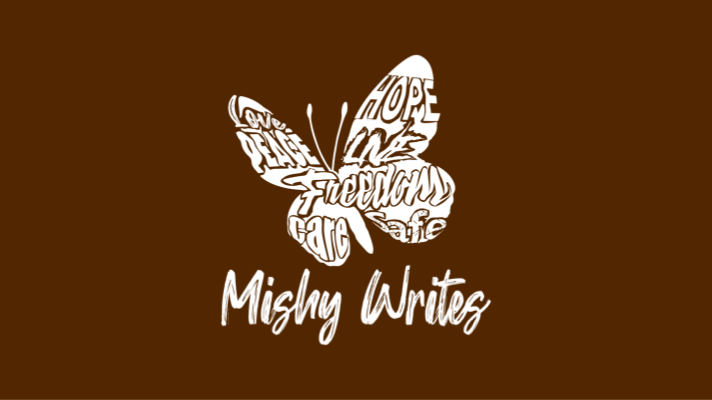 …THE TWENTY-FIRST NIGHT OF SEPTEMBER?

LOVE WAS CHANGING THE MINDS OF PRETENDERS.

WHILE CHASING THE CLOUDS AWAY…”

If you don’t know what that song is, please, do me and you and everyone a favor and JAM OUT TO ONE OF MY FAVORITE SONGS…

Alas, my fellow readers…’tis the last day of summer! And I’m actually tearing up as I type this. Yes, I’m a baby, leave me alone haha.

The thing about Tybee Island, and Savannah in general, is that weather-wise, summer will still be happening way into probably mid-October. So, I can’t pout just yet….

But hey, I’ve started trying to accept that fall is here; I bought a Real Friends hoodie, one that I’ve had my eyes on ever since they released it earlier this year. It’s got the moon and stars on it, and it SCREAMS “pop-punk space enthusiast trash” aka ME, AND I’M WAY TOO EXCITED FOR IT TO ARRIVE.

So, I had all these plans of how I would spend the last official day of summer 2016. Of course, I still had to work today, so that cut out eight hours of timeto do what I really wanted to do. But here was a general idea…

Yeah, I think those were basically my plans.

And did I succeed?!

Immediately, I threw my work bag onto my bed, and shed the Irish green dress off to don a white Vans tank top and denim shorts. I had maybe thirty minutes until I had to be back home to start dinner for my mom while everyone was out of the house.

Grabbing my camera, headphones, and phone, I trotted down both flights of steps to the garage to slip on my mom’s flip flops, and make my way to the coast.

Although outwardly, my life has been pretty good and stable, mentally I have not been so well. I struggle with trying to live presently because I’m so concerned about what will happen when my present stability is gone. And I’m not even fully stable in some minor things, so they also weigh on my mind.

I allowed some of my favorite songs to soothe my soul as I walked along the beach. I snapped a few pictures of the clouds, since I’ve recently become a cloud enthusiast. (Enjoy the very short slideshow below!)

And I reminded myself of all the times in the past several days people I’ve talked to have told me that I’m “going to be alright.” I’m grateful for their certainty because lately, I haven’t been so certain.

But this morning’s devotions also eased my mind, remembering the God I serve, and how powerful He is, and how much He cares for me. I long to please Him, to glorify Him in all I do, say, think. Which means these anxious thoughts needed to leave. Of course it’s not that easy, but I truly tried to dwell on Who He is, and also think of all the things I am thankful for to crush all the worries I had about other things.

When I reached my house, my mom was home and she’d already started dinner because she didn’t realize she’d actually be home to start it herself. Which gave me time in my room to start a new book: The Bluest Eye by Toni Morrison. I’ve had this book for a couple of years now, and  have wanted to read it, but due to college, I just didn’t have the time. But now? I curl up on the turquoise bean bag on the floor, eager to begin this new story.

The smell of barbecue chicken floats up the stairs, barely distracting me from the words of Toni Morrison. I get so caught up in the book, I almost miss eating dinner with my family (no one came to get me. It’s fine lol). They were all gathered around the bar, eating and watching Phineas and Ferb. I joined them for the last episode-and-a-half.

Once dinner was over, I looked through the window to see that darkness was covering the sky faster than I expected. I quickly told my parents my plans, and made my way downstairs to get my favorite blue bike ready for a 6-mile bike ride to Raw, the new sushi and bubble tea place that opened up on Tybrisa Street.

A basket, a bike lock, and Spotify’s Young & Free playlist later, I was on the road.

(I actually started my ride off with “In Florida” by A Day to Remember, but anyways…)

On my way there, there were several people out riding their bikes, walking their dogs, or running. The charcoal clouds above us covered the sunset, but some of the sun’s rays touched a few clouds, turning them cotton candy pink.

I crossed the highway, and rode through Memorial Park where a couple of coach buses were parked on the side of the street.  Children cluttered the sand volleyball courts and soccer fields, either for games or for practices. It looked like there was some sort of event happening on the other side f the court, but I couldn’t tell what it was for.

As the sun hid completely behind the clouds overhead, I clicked the flashlight on the front of my bike on…

I made it to Raw, and ordered a pineapple bubble tea. (I COULD CRY IT WAS SO GOOD.)

As much as I wanted to sit and gingerly sip on my tea, I knew that it would probably start raining soon, so I had to make my way back.

I became very aware of the darkness that surrounded me as I pedaled along the empty streets. Even with my flashlight at the front of my bike, visibility was not the best. And I thought of Stranger Things, and the Demagorgon, and how the quiet houses along 2nd Avenue could probably hear it slurping up the eyes of its victims…

Actually, it was just me trying to drink the last of the bobba balls at the bottom of my cup. That pineapple tea didn’t even last half of the bike ride back home haha.

The ride wasn’t terrible. I didn’t have my glasses on, though, because I didn’t think I needed them…in the dark (I know, silly me, right?)

But the joke was on the darkness, and my inability to see…

…because as soon as I exited Jaycee Park, this light mist fell upon the earth. I smiled as the mixture of the light rain and faint breeze cooled me down from my long trek home.

Soon, however, the misting grew heavy, along with the breeze. And I frantically wiped my eyes because now, I was probably more blind than I had been when it was simply dark. But if I had had my glasses, they wouldn’t have helped. (See, I guess I knew what I was doing!)

I arrived at my house to just catch the sound of the garage door shutting closed. Hopping off my bike, I walked to the keypad, punched in the numbers, and entered the garage completely drenched, but totally satisfied.

This was a last summer night to remember.

Goodbye, summer. You’ve treated me quite well this year. Even though I’m pretty bummed about summer being over, I look forward to the new season, weather-wise and life-wise.

There’s a time for everything And it’s time for fall.

(I still won’t be ready for it. Not until I get my Real Friends hoodie in the mail LOL :D).