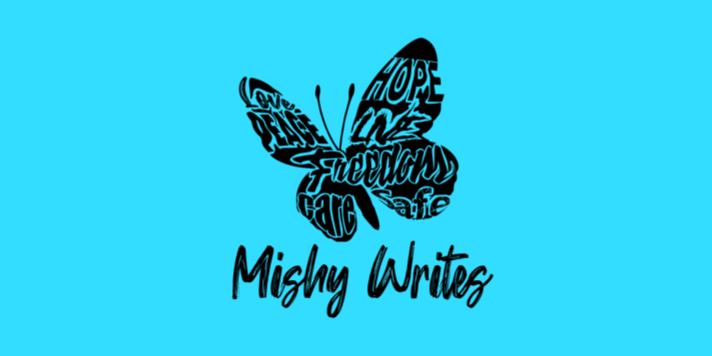 Okay it’s been a little over a week since 2017 began, but still!

I did make some new year’s resolutions, but it’s funny how they were based off of a lot of things that happened at the end of the 2016 year. And there are some smaller things I want to accomplish that people at the end of 2016 suggested I do in 2017 (like watching Finding Dory for the first time ever WHICH I accomplished literally the first day into the new year!).

As I celebrated with my aunts, uncles, and cousins on New Year’s Eve, there was a moment in which I paused. That sounds cheesy, I know, but I’m so serious. I thought about where I would currently be had some things gone my way this year. I thought about the times I struggled and hurt for longer than I had anticipated, and what that taught me and where it brought me.

Here. Surrounded by friends and family, and probably the most content I’d ever been all year.

I observed my Filipino family having a great time, laughing and smiling. Taking pictures. Setting off fireworks. Enjoying each other’s company. And I thanked God for showing me a new side of family value that I was always missing. I thanked Him for reconnecting me to the people in my life who are always going to be there for me, and who have loved me even when I can’t love myself.

I saw one of my best friends among the mix of family, also having a great time, and realized just how blessed I am to have friends who are just like family to me.

I thought of all the things I hadn’t accomplished in 2016 that I told myself I would. We’re a little over a week into 2017, and to be honest with you, I haven’t done a lot on the writing aspect of things. I can’t tell you how much I’ve mentally kicked myself as I watched Christmas pass, and then New Year’s, and as I tried to settle myself back into my normal routine, there was more fumbling than there was settling.

But I know I need to shake it off. It’s too easy to get frustrated about my lack of motivation and lack of progress, and to criticize myself for not finishing what I wanted to or being in a place I wanted to be in.

Don’t let anyone fool you – it’s hard out here. I don’t care where you are in life: being single or in a serious relationship, living alone or with a roommate, working several part time jobs or one full-time job, doing what you love or striving to do what you love – life is hard. There are some easy-going, fun moments for sure. But a lot of life is just pushing through, biting the bullet, allowing ourselves to struggle and to get out of our comfort zone so we can learn and become better versions of ourselves.

And that’s another thing I learned in 2016: process, time and having a game plan. Yes, it’s good to just dive into something you love, something that you want to do (I mean, look at how #JustStartWriting began!), but in order to perfect it, grow it, shape it, turn it into a bigger dream that you have? You have to stop and think about it. Plan out steps and have goals. Communicate with people you trust and with people who can help lead you in the right direction, and have them give you advice.

I look back at all the time I spent doing other things other than writing, and I regret none of it. Most of the time I was either spending time with my family or friends or working. And I believe that I needed all of that time to refresh myself and my mind, to gain new perspective, and to realize who and what truly matter to me, and what I’ve been missing this whole time.

In 2016, I said “yes” to a lot of things that intimidated me. Although some of those things didn’t go where I thought they would, some led me to discover other things I love, or things that would grow in ways I never imagined. Those things also helped me learn about myself.

I started doing Instagram posts with the hashtag #comfortingspaces because I noticed how many places brought me a sense of hope or peace. I found solace in every day places, like people’s dorm rooms or homes. And even though I didn’t continue the posts after a certain time, I still learned the value of places like my hometown and its diversity, and how much I missed out on truly loving the place I grew up in.

Currently living in the city I went to college in, I’m learning how to navigate around the different areas better, how to love the areas I frequented while I was in college, and how to embrace the places I hadn’t really known anything about.

…definitely not an expert in the navigating part, but it’s getting better for sure!

I don’t even have to express how fast time flies, I’ve said it so much before. I mean, this year is already a little over a week in now, and it feels like it just started yesterday. Time is precious; I’m trying to learn how to stop wishing away time, whether at work or during moments in my life that aren’t the greatest. Because I’ll never get those moments back.

Sure, I’d rather be in my own bed than watching other kids nap in the afternoon, but what can I learn and gain during this time that I so desperately wished was over? I tweeted a week or so ago that “Wishing away time is a waste of time,” and I want to hold onto this fact moving forward in 2017 and beyond.

The beginning of this blog post should explain it all to you guys. Plus, I’ve already posted a few family-oriented posts about how much I need to focus on my family more, and how I’ve taken them for granted. I’m already trying to figure out how I can continue seeing my family in my spare time, how I can continue to communicate with them instead of just allowing my blog posts or social media to do all the talking. It’s going to be hard, I won’t lie; these days I’ve got a million and one things going through my mind. But I am definitely going to make a strong effort.

And I’m also going to be sure that I invest in all the friendships I have, whether they are near or far. As I said earlier, I have a lot of friends whom I consider family, which is a huge blessing. I want them to know that they are special to me, and that I value being able to call them friends. This could be through time spent or gifts or maybe even a simple text every week asking how they’re doing.

This has always been a hard thing for me, not because I hate myself, but because I have always placed the value of others above myself. I mean, that’s what I’ve always been taught. Anyone else know the “J. O. Y” acronym? “Jesus, Others, Yourself”? Well, that’s what I go by. And unfortunately, this mindset has cost me a lot in loving myself.

This isn’t to say that placing others before yourself is a completely awful thing to do. As a Christian, I’m called to serve others. But specifically in my case, I take things to the extreme, so much so that I sacrifice my well-being emotionally, spiritually, physically, and mentally, and I can no longer function in the ways I used to because I’m so concerned about someone else that I care about.

It’s okay to care about people. But it’s also okay to care about myself. It’s not okay to worry or be concerned about others to the point where I can no longer function. I cannot save anyone, and others’ well-being isn’t dependent upon my level of concern. That’s why I must place those concerns on the Lord, and allow Him to work it out and to work things out in my life.

Which brings me to this last value. There were so many moments this past year in which I believed I could handle life on my own. I knew that spending time with God, and actively seeking His will were important. But because I am human, there were times I just believed that I could go without doing it for a certain amount of time, and then get back to it.

But that’s not how it works. I can’t be a Christian for some seasons of my life, and then when things seem fine, stop seeking the Lord and doing my own thing. I always cringed when I heard of other Christians being like that, and my pride made me believe that I would never be one of those “lukewarm Christians,” when really, that was and sometimes is exactly who I am.

I won’t lie, I’m currently in a phase where my spiritual life isn’t the greatest. I know I need to be in the Word daily, and constantly praying, but my motivation has been lacking. I don’t know why it’s been so hard for me to get back to it, so if y’all think of me, please pray for me.

But yeah, these are the things that the Lord has made me aware of in my life. I hope that at the beginning of this year, you were able to evaluate last year and reap some of the good things you learned about yourself and your life to take into the new year. And even if you didn’t do this on December 31st or January 1st at midnight, it’s never too late to re-evaluate, and to start making changes now.

With all that being said, I hope to continue blogging every day like I did last year for three months. #JustStartWriting is going to continue, but I am working on re-vamping it and my entire blog this year. I won’t give you a specific time because I want to take my time on this to make it the best it can be, while still providing content for you guys. I just need to keep the writing juices flowing.

Can’t wait to see what 2017 holds for all of you, for #JustStartWriting, and for myself. Love y’all!

Got your heart hanging by a thread 🪡💖